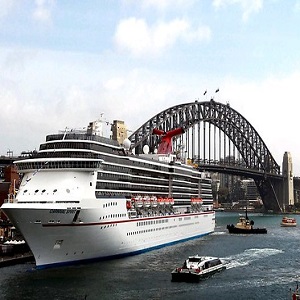 As more than 600 cruise ship visits are scheduled for ports around Australia over the coming months, Australia is set to sail into another record summer cruise season.

CLIA member cruise lines will have a flotilla of 36 ships cruising Australian waters between 1 October 2014 and 30 April 30 2015, making a total of 642 calls to Australian ports.

Carnival Cruise Lines’ Carnival Legend, Compagnie du Ponant’s L’Austral and MSC Orchestra will make their maiden visits to Australia, adding to the 38 maiden port calls across the country including  a range of cities and regional towns including Busselton, Eden, Esperance, Albany, Port Hedland and Geelong.

The number of roundtrip cruises will increase from last year’s 202 to 253 across 18 of the ships.

CLIA Australasia general manager Brett Jardine said during the summer season there will growth across the board.

“Not only have the number of member line ships cruising our waters risen from 34 to 36, the total number of Australian calls by those ships has risen from 588 last year to 642 this year,” Jardine added.

The increased numbers is something Jardine said will bring greater economic returns all round.

The addition regional maiden visits mean more cruisers will be introduced to more parts of Australia, benefiting the local communities.

The released figures come at the launch of CLIA’s Australia-wide consumer promotion, Cruise Week, which will run from 1 to 8 September.

The body’s latest figures show Australia is the fastest growing major passenger source market with Australian cruisers rising by 20% in 2013 to reach 833,348